RICOH THETA cooperation Use 360° images in collaboration with RICOH THETA

RICOH THETA is a spherical camera that can capture 360° panoramic images provided by Ricoh Co., Ltd.
With one shot, you can shoot the entire shooting site at 360°.
By linking with CheX, it is possible to import the captured 360° spherical image to CheX. 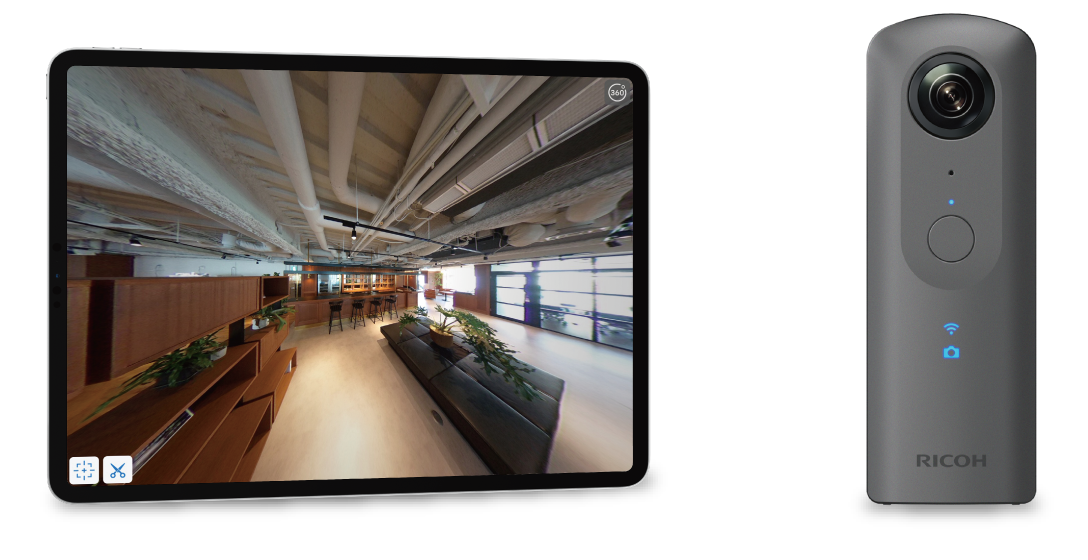 Linking CheX and RICOH THETA is easy.
1) Select the pin on the drawing, tap the “360°” button, and then take a picture with RICOH THETA that was previously paired.
2) You can immediately preview the taken 360° photo. You can freely change the angle and zoom in/out to browse.
3) The 360° photo taken can be shared immediately by sending the data to the cloud.

The following benefits can be expected from RICOH THETA collaboration.
・Since you can shoot 360° at 1 degree, it is easy to convey the image such as the positional relationship at the site.
・Since you can check the whole site with one image, you don’t have to take many pictures, and you can avoid taking omissions.
・It is possible to take pictures of narrow places with poor visibility such as piping and underfloor, and high places such as ducts above the ceiling.
・Since it can be linked to the pins in CheX, you can manage photos easily.

It also has the following convenient functions.
・By pressing the “Scissors” button, you can crop a 360° photo as a normal image at any angle.
・You can share handwritten memos with the cut-out images as you would with ordinary photos.
・By pressing the “Set initial display position” button, you can set the current viewing position as the initial display position. Prevents shared stakeholders from wondering where to look.

▼A 360° photo captured on CheX. You can freely change the angle and cut out as a still image. 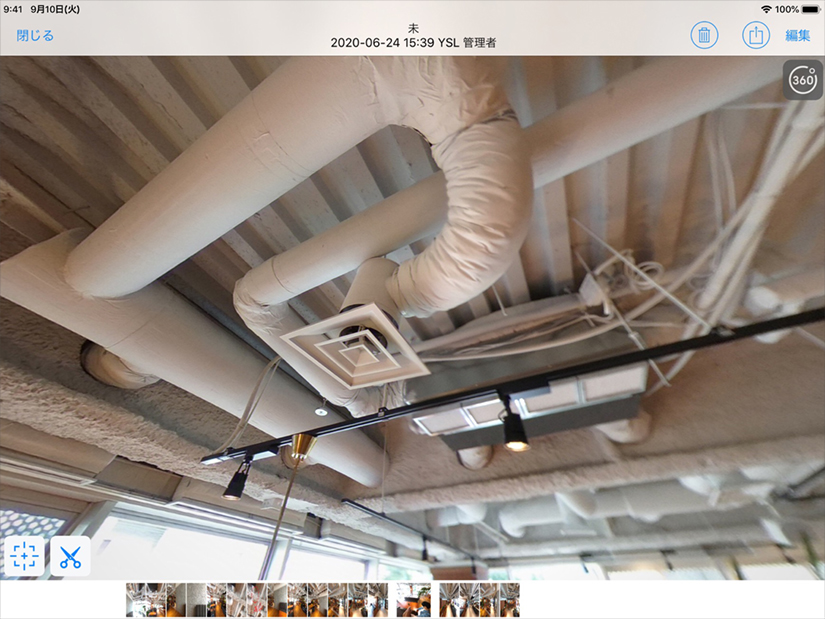 ▼It is possible to enter notes with handwritten characters and lines for the cut out still images and share them with related parties. 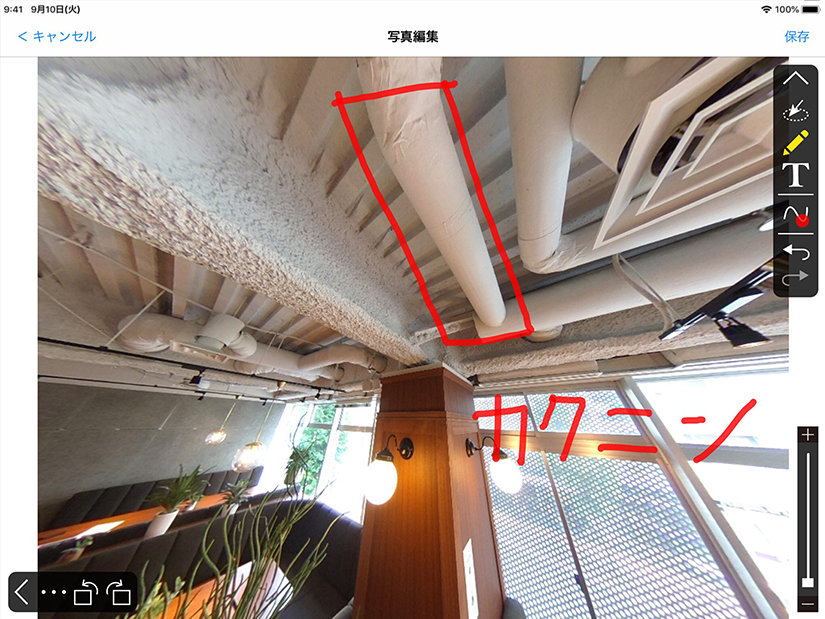 ▼Setting the initial display position. Prevents shared parties from wondering where to look. 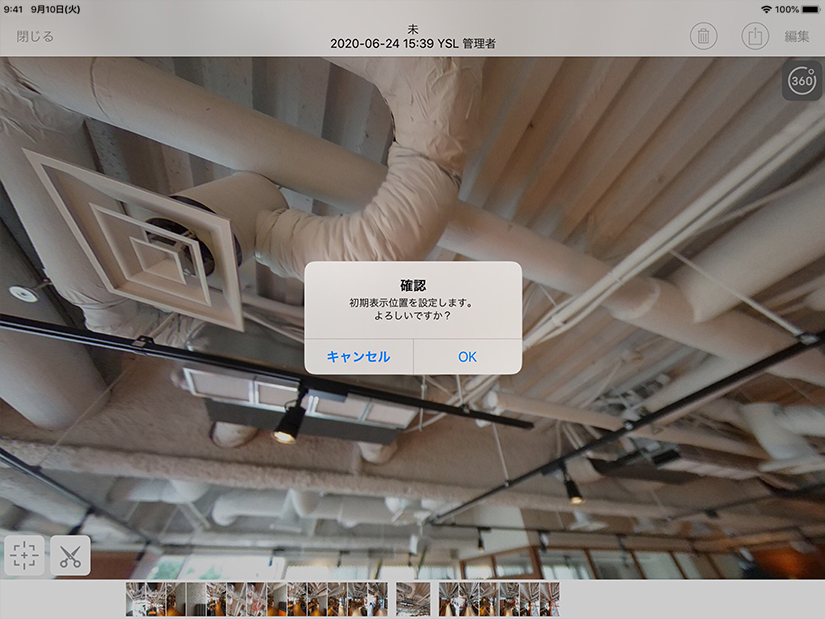